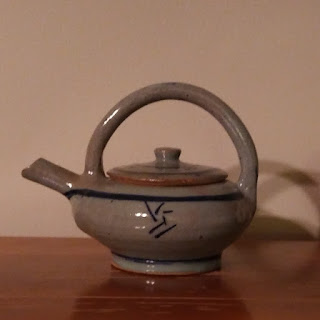 Yes, let it be Spring!  While yesterday was officially the first day of Spring, I always thought of March 21st as that – something about odd numbers was appealing, long before I (vaguely) knew of the philosophies of odd numbers.  “What could be the reason for liking numbers known as “odd,” which means eccentric, a crackpot, and a bizarre person? A preference for odd numbers is in itself, strange.”1 Yes, that rather sums it up.
But back to Spring, and all the promise it holds of regrowth and rejuvenation.  As I look forward – or should I say, (try to) focus on – upping my clay game this year, I have found myself held back.  Is it the still too-frequent days of no sunshine, is it the madness that this world has become and is sometimes impossible to bear just as outsider, is it my own fear of too many things? Like fear of failure, fear of being found out, fear of not being good enough…or perhaps it’s fear of success.  Being good, at whatever one does, is not the same as being good enough and vice versa.  Being good enough in comparison to others, is a cruel game to play on oneself...and it can take a lifetime to figure that out but eventually you realise that you needn’t play that game.  You go forth, be eccentric, do what makes you feel alive, and you will have been good at it.


I wasn’t good at it when I made this first teapot donkey’s years ago.  I didn’t immediately think, “Oh, this is brilliant; my life is meant to be in clay, ergo I must pursue it.”  I mean, look at this thing!  But, hope springs eternal, and every so often I look at this teapot and remember why I keep it – because it planted a seed that’s just taken a lot of Springs to grow.

Email ThisBlogThis!Share to TwitterShare to FacebookShare to Pinterest
Labels: among other things..., Life, Pottery 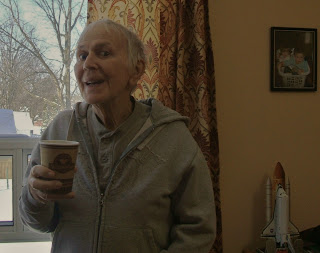 That was a favourite phrase of my Dad's, though my brother and I dispute the "again" at the end - it's how I remember it.  And I remember so many things - rightly or wrongly - which I can only hope that I remember forever.  Memory changes for everyone over time, but sadly it changed to a heart-breaking extent for my Dad with Alzheimer's.  I love this image of him in Spring of 2006; even as Alzheimer's was slowly strengthening its hold, he maintained his cheeky self.  I had a great relationship with my Dad, so we were close in that sense, yet I didn't really know him that well.  (Do children ever really know their parents?)  I was always seeking his approval, much like I think I know well enough that he did with his father; I just happened to be fortunate to have my father around.  So, if I didn't measure up, I took it oh-so-seriously...but was the pressure from him or from within?  Still, when I met the wonderful person and potter John Colbeck in 2014, I thought, oh, I like him, he reminds me so much of Dad!  Our interactions weren't much but just enough, allora (okay then) imagine my confident eagerness to learn from him as a mentor three years later.  But then almost from the start of Piccolpasso 2017, I hit a wall.  A nearly insurmountable, emotional wall.  It did not fully dawn on me until the end of our eight weeks that John was so much like my Dad, that I fell into (set myself up for?) the same dynamic in the relationship, upon which I didn't fully reflect until today.  Of course, I always want to be the best, but really, I just want to do well, to do right by my Dad (and John) for having had the privilege of knowing them.  Sorry, guys, I'll do better from now on.  Oops, sorry!
Posted by Unknown at 08:38 No comments:

One Thing and Another... 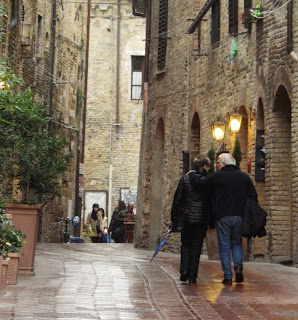 That was a favourite phrase of my beloved Grandma H. - she would say that to preface or conclude any sort of anecdote or observation.  As I observe 2017, I think of one thing...and another...and many others:  the opportunities presented to me, and the rewards granted in return.  Things worth having require work, ergo the work is worth doing; whether or not the outcome is a sure thing often remains to be seen.  I could not have foreseen all the outcomes, as they were not all the result of me and/or my doing, and for that I am truly grateful:  from being part of the first ever Dusk Dances Barrie with Simcoe Contemporary Dances, to making new connections for the branching out of "studio wendy", to being an Ontario Arts Council grant recipient to attend a mentored residency in Italy.
Much like this couple strolling in San Gimignano, may your 2018 be full of health, happiness, and love - una cosa e di un'altra. 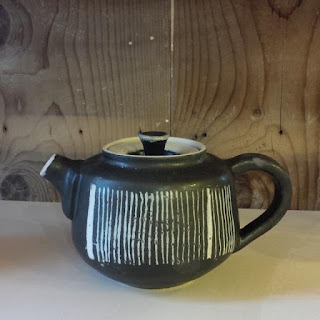 It was seven weeks ago today that I arrived in Italy in anticipation of an eight-week mentored residency at La Meridiana International School of Ceramics (with funding support of the Ontario Arts Council, which is gratefully acknowledged).  It has been time spent working and learning, such as you lose some...and you win some! One teapot - one of the visually best I've made - completely jettisoned off its handle and into the glaze bucket. Evidence of poor making; ergo, lesson learned.  This teapot is also one of the visually best teapots I've made.  By no means is it "perfect" (to one's own standard), yet it perfectly encompasses so many of the things that I've learned in the last seven weeks.  Both the making and the finishing are not at all my usual style:  a pulled handle, hot wax resist, a seated lid, scratched-through glazing, and not to mention a cracked rim deftly repaired-at-the-drying stage (by mentor John Colbeck).  It took an inordinate amount of time to get on track with my time and purpose here, to make "Purposeful Porcelain", but I shall leave next week having just arrived at where I next need to be.
Posted by Unknown at 14:59 No comments: 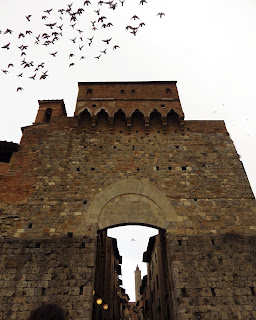 There have been so many gems of wisdom imparted over these past few weeks, one of which is now posted at my workstation:  "Whatever you do, you've got to be decisive."  Well, isn't that oh so much easier said than done?!  Taking a ball of clay and knowing what you will make of it comes from more than just planning.  It comes from deciding, certainly not from dithering.  One of the first goals assigned to me came as "You're very meticulous; you need to be more "fluid". (fluid being quite different from "free")  Fluidity is not easy to accomplish, requiring a level of attention easily equal to that of being meticulous.  It has been a contemporaneous challenge with the three-minute throwing exercise, whereby you practise throwing basic shapes in three minutes.  Once you take heed to the challenge, you're struck by how much time there is in three minutes.  Not only do you learn an efficiency of process, you also acquire - if only the smallest modicum at first - an element of fluidity, because you made the decision to do so.
Posted by Unknown at 14:43 No comments:

As always when embarking on something new, it takes a day or two to really settle into it, even if you have what seems like a very clear vision of what you expect to effect from the task.  There is the getting to know the people, the surroundings, the materials, the procedures.  And maybe amidst all that is the getting to know yourself, that amidst all the "squirrel moments", you realise you might have a better handle on things than you think.  In his introductory talk for the Piccolpasso program at www.lameridiana.fi.it, John Colbeck spoke about the complexity of simplicity.  I may have only thrown two decent cups out of many attempts today, but I learned a tremendous heck of a lot.  Ergo, rather than pictures of the day in the studio, here is one of dinner:  valeriana inalata con pollo arrosto, ceci, e pomodori secchi sott'olio siciliana...and of course, a little something to drink.

Is that all there is?

Settling in to tutti zone (all areas):  time, weather, culture...  As I sat on a ledge earlier today in Piazza S. Iaocopo & Filippo, eating a somewhat flavourless panino di pomodoro e formaggio (if that's possible) (And yes, ONE sandwich is a panino, NOT a panini - take THAT Tim Hortons et al.!), it would have been impossible not to savour every bite, infused as each was with the flavour of the time, weather, and culture by which my humble sandwich and I were surrounded.  It was more than a moment of reflection after my shopping spree, as a fitful walk to the coop (supermarket) yielded a necessary bounty:  shampoo, chocolate, and socks.  Afterwards, I scored another windfall of pens and carta trasparente (transparent paper, which fortunately the shopkeeper figured out from my attempt to describe tracing paper as "carta di cipolla pelle" - skin onion paper).  They say that the shopping in Italy is fantastic; it's all there is and more.

Email ThisBlogThis!Share to TwitterShare to FacebookShare to Pinterest
Labels: among other things..., Tales from Tuscany
Older Posts Home
Subscribe to: Posts (Atom)